Thousands of drivers take to UK roads towing a caravan or trailer every year. Despite this huge number, many people are unsure about the specific towing laws in the UK.

For example, younger drivers who passed their test after the 1st January 1997 are limited to towing a maximum Gross Vehicle Weight (GVW) of 4,250kg, unless they pass an additional test to add the B+E category to their license.

Drivers who passed their test before the 1st January 1997 automatically have the B+E category on their license which entitles them to legally drive a vehicle and trailer combination up to 8,250kg.

Once you know how much you can legally tow, you need to be aware of the vehicle's towing capacity. This is the maximum weight a vehicle can tow safely and legally.

It's becoming increasingly common for drivers to turn to vans as towing vehicles thanks to their impressive combination of pulling power and interior space.

The size of van that's best for you will depend on the towing capacity you need. We've created a list of the best vans for towing based on their towing capacity.

The Citroen Nemo, Peugeot Bipper and Fiat Fiorino are essentially the same van except for the badges on the front. They are all the entry-level models into each of the manufacturer's range of commercial vehicles.

Collectively launched in 2007, they offer 2.5m³ load space with a maximum payload of 660kg. The only engine option is a 1.3-litre diesel from Fiat with 79bhp which isn't the most powerful in this sector, but is economical.

The Multijet diesel unit is able to produce a towing capacity of 1,000kg to provide additional space if the load area is fully packed. The engine pulls well and allows the van to cruise easily at motorway speeds.

If you're looking for something even smaller, the Vauxhall Corsavan can tow up to 1,005kg, but has a load area of just 0.92m³. However, it's based on the Vauxhall Corsa supermini which makes it excellent to drive around town. 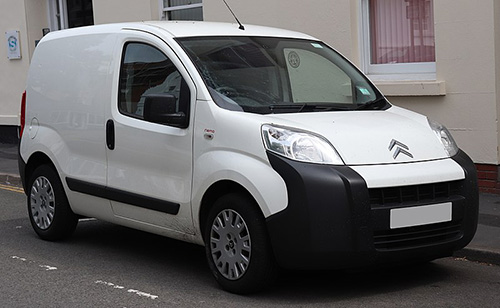 Similarly, you can choose from three versions of the 2.0-litre TDI diesel engine with 74bhp, 101bhp and 148bhp outputs. The two more powerful units can be paired with a six-speed dual-clutch automatic geabox which doesn't affect towing capacity.

Unlike most small vans, the Caddy offers a huge towing capacity of 1,500kg with load volumes up to 4.2m³ on LWB versions and a maximum payload of 857kg.

The Fiat Doblo Cargo van provides stiff competition in this class, but is only able to tow up to 1,200kg and isn't as well-equipped. It does, however, have a high roof version which provides class-leading cargo space. 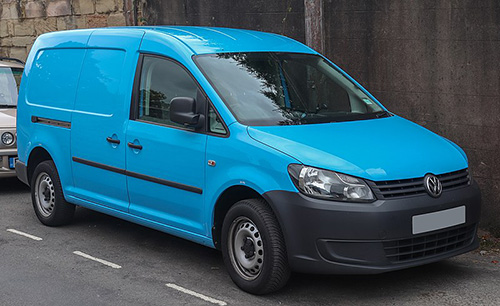 The Ford Transit name is synonymous with commercial vehicles and the medium-sized Transit Custom model has proven itself to be a stand-out performer across the board in the segment.

Introduced to the UK market in 2012, it's available in two lengths and two heights with a maximum load volume of 8.3m³ and payload of 1,484kg. All versions of the Transit Custom produced after 2016 are powered by the 2.0-litre EcoBlue diesel engine.

Typically, vans in the medium segment offer a towing capacity of 2,000kg. If you want something slightly more premium than Ford's model, the Volkswagen Transporter is capable of towing up to 2,500kg. 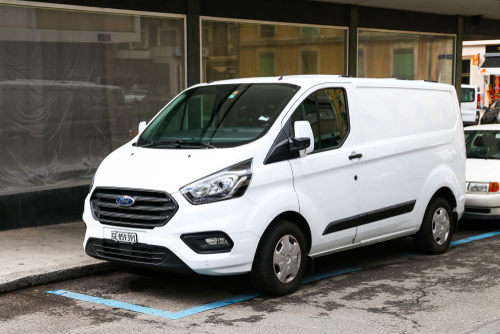 Anyone looking to buy a large van for towing shouldn't look any further than the Iveco Daily. This Italian workhorse has more in common with light trucks than large vans which is reflected in its carrying and towing ability.

Impressively, all 3,500kg GVW Daily vans can tow 3,500kg. However, what's more impressive is that they also have a GCW of 7,000kg, which means you can load both the van and trailer to capacity and still tow legally.

While there are other large vans that have a towing capacity of 3,500kg (e.g. Ford Transit, Renault Master and Mercedes Sprinter), you need to find specific versions - the Iveco Daily offers it as standard across the range. 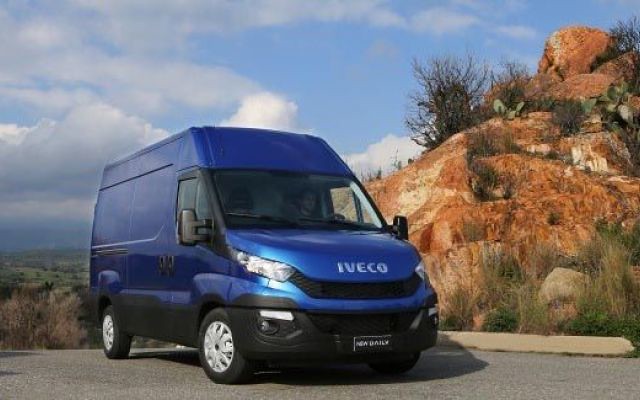 Pick-up trucks are becoming increasingly popular in the UK as buyers realise that they aren't just for commercial use. Double Cab models offer six comfortable seats and there's plenty of room in the load bed to handle the demands of family life.

In terms of towing capacity, the Navara has been ahead of its competitors for a long time. Only the Toyota Hilux and Ford Ranger can match the 3,500kg towing capacity offered by the Nissan.

Every Navara is powered by a 2.3-litre dCi diesel engine with most of the versions receiving the 187bhp twin-turbo unit which comes with a part-time 4-wheel drive system.

Payload for every model is over 1,000kg and Nissan offers a class-leading five year / 100,000 mile warranty with all its commercial vehicles. 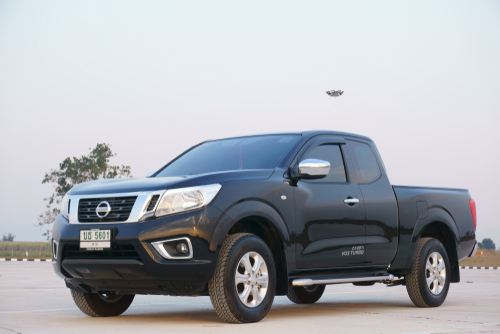